How To Tap Into The Ultimate Creative Genius Mindset 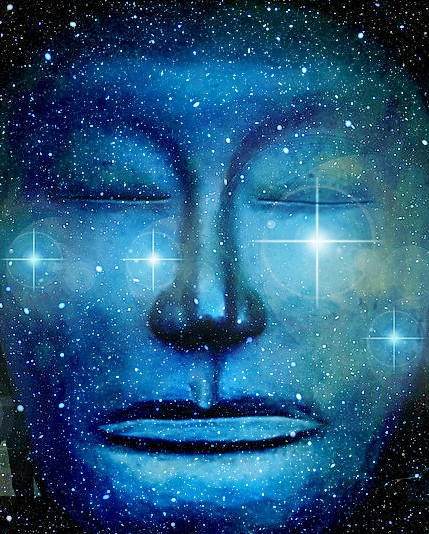 Creative Genius And The ‘Universal Mind’

Creative geniuses Nikola Tesla and Albert Einstein both attributed their intelligence to something beyond deliberate thinking.

They described a state in which they tapped into a universal intelligence often called ‘universal mind’ and in this state was where they received their grandest inspiration and inventions.

“The gift of mental power comes from the divine, and if we concentrate our minds on that truth, we become in tune with this great power”  — Nikola Tesla

Einstein as well as Tesla believed in the universe as being energy at its core (atomic and sub atomic matter etc.).

Humans, being an interconnected aspect of this universal energy, are therefore able to access its universal intelligence. This is the now-well-known quantum theory in a nutshell.

By this theory it is further hypothesized that in order to bring any invention or creative idea into reality one must simply learn to match its energy vibration within the mind and then the physical reality will be inevitable.

“Everything is energy and that’s all there is to it. Match the frequency of the reality you want and you cannot help but get that reality. It can be no other way. This is not philosophy. This is physics.” — Albert Einstein

Another renowned quantum physicist from the modern day era, Dr. Haegelin, a graduate of Harvard University describes the universal mind as the 4th state of consciousness that allows for the full potential of the human to be reached.

Top professional athletes describe this state as ‘the zone’ in which the possibility for failure does not exist.

No matter the situation the solution comes to them easily and then the strategy is executed flawlessly.

LinkedIn founder Reid Hoffman describes a similar mental state as ‘permanent beta’. A mindset characterized by adaptability and ingenuity. He believes everyone has the capacity for creative greatness.

“Even if you are not in a role of creativity at work you are still the creative genius at the helm of your own life.”

So as you can see this creative genius mindset has more to do with mental flexibility and agility than it does with a one size fits all type of thinking.

Notice also that this type of mindset is described as a connection and not a pre-choreographed thought.

What Is A ‘Mindset’?

Mindset is the commonly used term to describe one’s prevailing default mental state. It determines many of the ways in which the mind behaves.

Intellectually speaking it can determine the IQ but, as illustrated above, what most super thinkers and creative geniuses deem is the necessary mindset for intellectual success is actually more closely related to a state of no mind or non-thinking.

The term ‘mindset’ might then be a bit inaccurate potentially implying a mental rigidity that is not conducive to higher thought.

Universal mind happens when we let go of ‘thinking’ with the small mind altogether and allow the big mind to take over.

In essence just letting things happen but being able to adapt to inevitably changing circumstances on the fly.

Our modern world of constant over stimulation of the mind breeds mental clutter, rumination, distraction, past mental conditioning, emotions and more.

Luckily we now know, as proven through neuroscience that our brains are malleable and influenceable. Much like a muscle the brain can be trained and strengthened to curb the clutter and be more resilient.

A strong mind can remain focused in the face of negative feedback and agile enough to quickly adapt to changing input (the necessary components for accessing the universal mind).

Understanding the difference between reactive thinking and inspired, proactive thinking is also very important. This happens by heightening your awareness of how you think.

How To Increase Creativity

First and foremost one must be able to attain some level of clarity in the mind. The best known ways to develop such mental abilities involve brain training and the art of mindfulness meditation.

By practicing various techniques one can better tap into the universal mind to have better ability to visualize, let more creativity happen and be better at adapting to new information to keep your ultimate vision or creative idea on track and be less distracted or otherwise mentally consumed.

Brain training with mindfulness meditations is proven to increase awareness and clarity by establishing new neuro pathways that reprogram the mind.

Another benefit of mindfulness practice is improved EQ or emotional intelligence. This helps those that struggle to maintain a level head when negative emotion strikes.

Having better EQ is of particular help when under pressure such as during performances, interviews, presentations or when you may need to capitalize on the moment at hand.

The ‘mind like the sky’ mindfulness technique is a great place to begin to help create the vast openness and awareness necessary to tap into the universal mind for greater creativity.

This technique teaches you how to better let thoughts and feelings come and go freely in your awareness. Thus allowing you the choice of what should be acted upon and what should not. This is the type of mental flexibility necessary for bringing on universal mind.

Try A Guided Meditation For Enhanced Creativity With Hemi-Sync

Like many people, you may find accessing universal mindset to be a difficult task, however it does get much easier with practice. Hemi-Sync offers a wide selection of guided meditations for enhanced creativity. These can really put you on the fast track for greater creative improvement.