Recent scientific studies give us more reasons for eating a Mediterranean plant-based diet that is rich in vegetables, legumes, nuts, and whole grains and typically excludes meat.

Researchers in two separate studies say plant-based diets such as the Mediterranean diet can help you maintain the type of gut microbiome that is associated with heart health and healthy aging.

Specifically, these two studies published in February 2020 found that a diet high in plants and low in animal products can influence gut bacteria. In effect it can reverse that which causes the onset of frailty in older people as well as decrease the risk of coronary heart disease.

One recent study published in the Journal of the American College of Cardiology found that following a vegetarian or vegan diet lowers the amount of TMAO (Trimethylamine N-oxide) in the body.

TMAO is a metabolite that is created when bacteria in the gut digests nutrients found in animal products such as red meat. TMAO has been proven to increase the risk of heart attack and coronary heart disease.

Therefore by eating a Mediterranean diet you consume less meat reducing the amount of TMAO in the body which reduces the risk of heart disease.

A second study published recently in the journal Gut found that in older adults eating a Mediterranean diet for a year helped curb the onset of frailty and cognitive decline.

Researchers examined the gut microbiome of 612 people ages 65 to 79 before and after a 12-month period of eating either their own diet or a Mediterranean diet.

Those on the Mediterranean diet saw beneficial changes to their gut microbiome, including a proliferation of good bacteria that pushed out microbes associated with the onset of frailty.

Why Mediterranean Diets Are Beneficial

According to the research teams, positive outcomes associated with the Mediterranean diet can be attributed to it delivering a consistent source of key nutrients such as dietary fiber, vitamin C, vitamin B-6, and vitamin B-9 as well as copper, potassium, iron, manganese, and magnesium.

They further explain that when bacteria release too much of certain bile acid it is associated with an increased risk of insulin resistance, fatty buildup in the liver, cell damage, and even bowel disorders.

The researchers of both studies also iterate that all of the people who followed a plant-based Mediterranean diet showed positive improvements not only in their gut but also in their overall health.

The Plant-Based Meat Market Is Expanding Rapidly According to research firm Markets and Markets, the plant-based meat industry is estimated ...
Read More 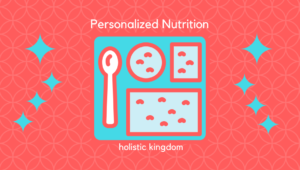 What Is Personalized Nutrition? The personalized nutrition project is a study that established there was a high degree of variability ...
Read More